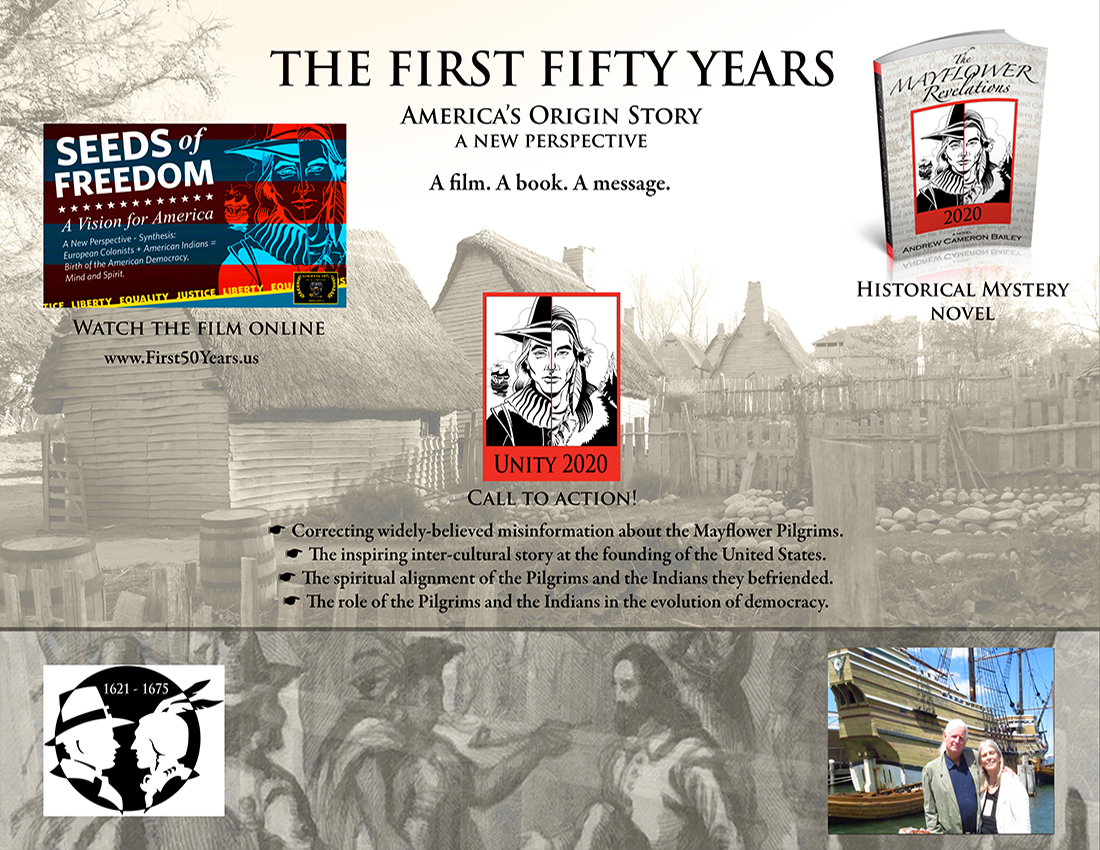 THE FIRST FIFTY YEARS Project.
A Cameron/Baxter Films project bringing balance to America’s origin story and honor to the Mayflower Pilgrims and Native Americans for their role in the evolution of democracy and the birth of the American mind and spirit.

1. To show how the Pilgrims planted and nurtured the seeds of American democracy – the movement from monarchy to self-determination that began in England with the enactment of the treasonous 1606 Scrooby Covenant by the Non-Conforming Separatists who became known as the Mayflower Pilgrims – and how the Native Americans, who were already practicing participatory democracy, contributed to the process.

2. To correct the misbeliefs and misconceptions concerning the remarkable 54 years of peace and friendship between the Mayflower Pilgrims and the Pokanoket band of Wampanoag Indians between the years 1621 and 1675.

3. To show the spiritual alignment of the Pilgrims and the Native Americans.

4. To show that settler/Indian interaction led to the evolution of the American mind and spirit. 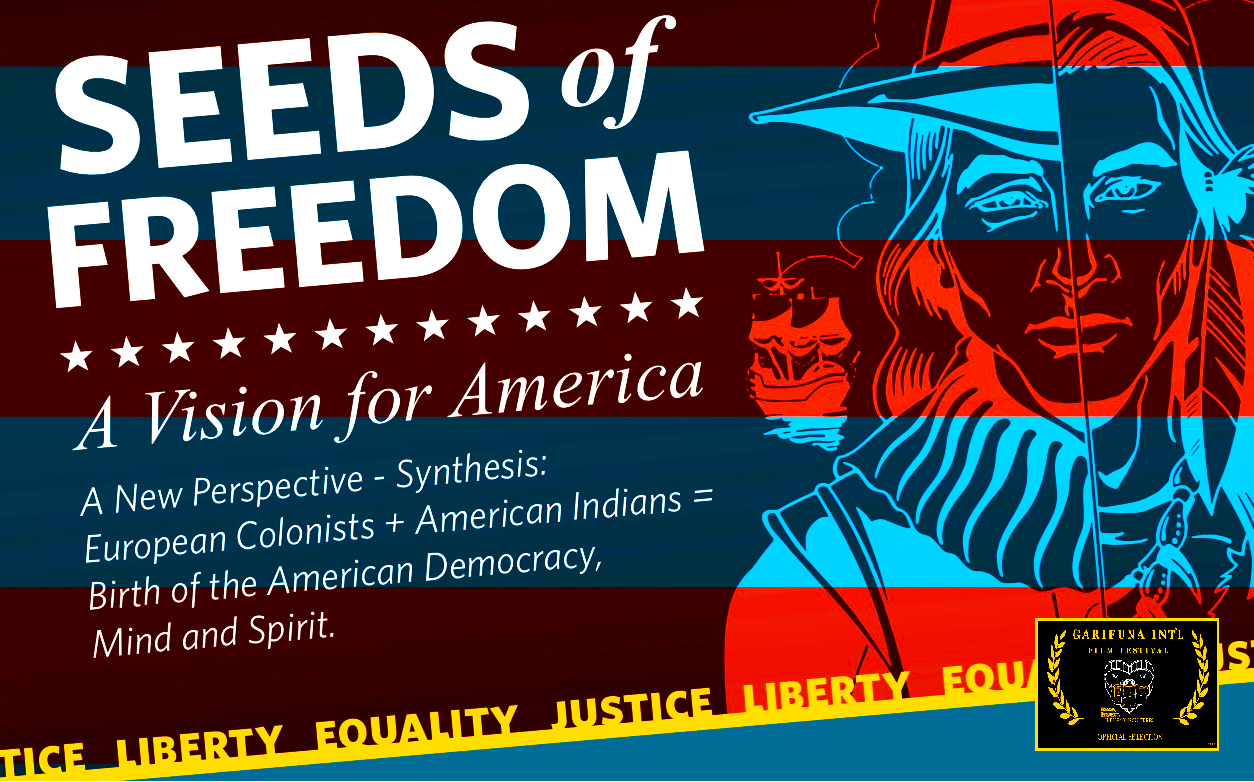 SEEDS OF FREEDOM: A Vision for America – Film

Liberty! Justice! Equality! A new perspective presents a revolutionary look at the syntheses between European colonists and the American Indian in the evolution of the American democracy, mind and spirit.

The important inter-cultural origin story of the United States is currently shrouded in misconception, misunderstanding, shame and blame. SEEDS OF FREEDOM: A Vision for America presents a radical and challenging new perspective on the two syntheses between European Colonists and American Indians which gave birth to the American mind, spirit and democracy. It calls for a third synthesis now: for visionary Native Americans and European Americans to come together in our hearts to see what might be birthed from the melding of our two paradigms. We believe this third synthesis can lead to A New Future where peace will come to prevail on Earth.

Click HERE to learn more and to watch the film. 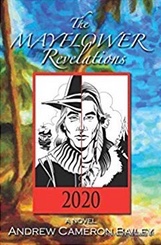